We can only hope : Maliselo

Midfielder Ali Maliselo believes that football suspension is a huge setback for footballers who were happy to be playing again, after a long COVID 19 induced break.

Sports Recreation Commission (SRC) on Monday announced that all sporting activities will suspended following the revival of lockdown measures by the Ministry of Health and Child Care. the lockdown measures were put in place due to increase in COVID 19 cases in the country. SRC however, allowed the low risk sport codes to resume on Wednesday.

“We respect decision from our leaders. Suspension of football after spending fifteen months inactive is a huge setback to us. They are doing it for our safety but the suspension seem to be a disadvantage to us.

“We hope they are also considering to allow football to resume. There’s hope since other disciplines were exempted. We also hope that the relevant authorities have appealed for football resumption.

” We had gained our fitness back. We were feeling great to be back in action. We were top of our group but now we don’t know what’s next. We might go for another long period without playing. It is our plea that they allow us back before we lose fitness.”

He added that the waiting period hurts as the team was prepared for the second round of Chibuku Super Cup matches.

“It hurts to continue waiting, we  had been on the waiting period for almost fifteen months. We will keep our hopes alive. We were ready for the second round of matches with a hope of proceeding to the next stage.”

He urged other athletes to keep on hoping for the best.

“I just want to urge fellow athletes to hold on. Everything is going to be alright, we going to play soon. Let’s use the time wisely and adhere to the rules set by our leaders.” 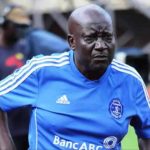 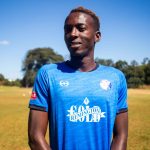 It has been tough – SelemaniUncategorized