Dynamos player King Nadolo is on cloud nine after being included in the Warriors 24 man squad to face Algeria in back to back encounters set for this month.

Despite the domestic premiership yet to start, Nadolo found himself among players picked for crunch encounters against the desert foxes of Algeria. Nadolo was among the Zimbabwean team which travelled to Malawi for a friendly encounter last month and it appears as though his substitute appearance may have pleased Zimbabwean head coach Zdravcko Logarusic.

Reacting to the call up on Sunday Nadolo was elated,”It feels great, I am feeling very blessed to be part of the 24 players called up to face Algeria. Yes it was a bit of a surprise but I was just keeping my fingers crossed especially after getting an opportunity to play in the friendly against Malawi’, said Nadolo.

Dembare’s signing is considered to be among the leading midfielders in the domestic premiership with top performances seeing him make the 2019 Soccer Stars list. While he excelled at Telone, Nadolo is also hoping for similiar fortunes at Dynamos when football finally resumes. 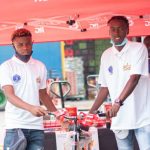 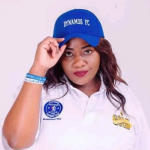