Bright prospect Tanaka Chidhoba is envying the prospect of returning to football after the Sports and Recreation Commission last week announced the gradual return to action, with a mini league format set to be used as a test run.

Chidhoba was unveiled among dembare’s several new acquisitions at the beginning of the year but the covid-19 pandemic delayed the talented footballers prospects of making a debut appearance for the glamour boys. Chidhoba’s wait is however set to come to an end following a statement released by the SRC last week,”It has really been a tough period for us all. Being use to playing football it has been a tough year after being kept in the sidelines. It is good to hear that football will be back soon because this is something we will be really grateful for as players”.

Chidhoba is a Prince Edward High School old boy who had a stint with FC Platinum under 19 before being snapped up by Tonderayi Ndiraya. Chidhoba is known for his artistry with the ball and with Ndiraya known for his eagerness to give young players a chance, the dembare recruit stands an opportunity of expressing himself and winning the hearts of the glamour boy’s technical team and fans.

Tanaka Chidhoba was among the Remington Golf ambassadors that were at different N.Richards centres on week 2 of the Remington Gold Red Hot Promotion. Fans that purchase RG products are handed with Dynamos supporters jerseys to add to being entered into a grand draw where entrants stand a chance of winning themselves bicycles. 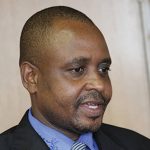 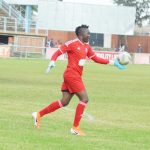