Playing for Dynamos was a childhood dream: Mawarire

“It feels good to have a new home, I’m excited with this challenge. It’s an honor to play for a big club like Dynamos.

” It’s everyone’s wish to do good in whatever they do.  It’s my wish to excel and I believe with the support from management, teammates and supporters it is possible.

It’s one of the things I wanted to do from a tender age and I will take it as an opportunity to achieve my childhood dream.”

He added that it’s unfortunate that football has been on hold but happy with the promising return,

” I joined the club during dark days when we were not able to play football but I’m happy now that there’s something to look forward to. I’m eagerly waiting for my premier league debut.” said the 22 year old. 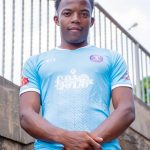 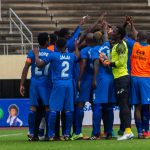