Coach Tonderai Ndiraya’s limited squad worry is over after 6 players were successfully registered.  Pending registration issues last week meant 7 out of the 28 players were ineligible to play in Sunday’s 0-0 Chibuku Super Cup draw with Herentals.

This will not be the case on Saturday against Yadah after 6 players were registered by the Premier Soccer League. Godknows Murwira, Shadreck Nyahwa, Newman Sianchali, Geofrey Chitsumba, Luke Musikiri and Bill Antonio will be up for selection after missing Sunday’s game. The only player still to be registered is Juan Adrian Mutudza.

Defender Murwira has welcomed the development with a hope of getting a positive result,

“It means a lot to me. I will try my best to return the favour to those who made effort for me to be registered.

“We are a squad of 28 players and everyone is capable of delivering the results. I believe our availability will make coaches job easier. We are now shifting focus onto getting a positive result. Dynamos is all about positive results and through togetherness we can deliver.

“Our next assignment against Yadah is not an easy one. The result against Herentals reminds us of what we are up against.”

Chitsumba and Antonio couldn’t hide their excitement as they are ready to play,

“I’m feeling extremely excited. I was waiting for this opportunity for along time. Now that I’m available I’m ready to play. I would like to thank our management for their efforts, ” said goalkeeper Chitsumba who joined the club this season from Golden Eagles.

Teenage Prince Edward High School student Antonio is relieved after missing out , on a chance to make his debut.

” It was a huge shock for me to hear that I wasn’t available for selection due to unsuccessful registration. I have been praying that the process won’t take long. I’m happy it happened so fast.

” I’m happy that I’m now eligible to play. If I make it into the coach’s final team, I might able to play in the next game against Yadah which is what I’m looking forward to, ” said Antonio. 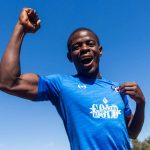 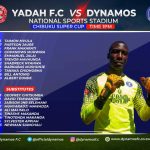