Ndiraya focused on the future

Coach Tonderai Ndiraya does not want to dwell too much on the massive 4-0 win over  Yadah in the Chibuku Super Cup, but to focus on the next fixture against ZPC Kariba at the National Sports Stadium on Thursday.

“We had a comfortable win over the weekend but have to quickly put this behind us and focus on our next matches.

“We are looking forward to winning ways. Our focus is now on the next assignment. We are going to work towards it and all we need is a positive result.”

“I believe the draw against Herentals worked for us. It made us prepare more. We played with much pressure from the first result.”

The win left Dynamos top of the standings in group one, with four points.

“We are not going to bank on that win even though it gave us an indication that we have much depth in our squad. It’s still early days and the performance is not really where we want. I think with more time, more practice and more matches we can get better.

“We have a good squad but the boys need time to play together. That will bring an improved performance in the long run. I’m quiet impressed with what they did last weekend but we are now up for a new challenge. Our target will be to get another positive result.”

Meanwhile, Juan Adrian Mutudza was finally registered, the last player in Ndiraya’s  28 men squad to be registered. This has been met by positive feedback from Chazunguza fans on the club’s official social media platforms. 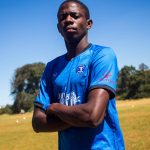 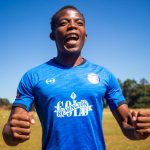