Chairman Isaiah Mupfurutsa and team manager Richard Chihoro have described the death of former player and coach David “Yogi” Mandigora as a great loss to the football fraternity.

Chihoro said Mandigora helped him to be who he is today and contributed a lot to the club.

“I’m Mandigora’s childhood friend. I started knowing him when I was ten, we both grew up in Highfields.

” I’m what I’m today in the football circles because of Yogi. We joined the club’s juniors which was being led by the late Denver Mahachi and Josiah Akende. We played for about three to four year, then I was promoted to the senior team.

“In 2005 we revived the Junior project which wasn’t functioning together with Freddy Mukwesha. In 2006 Mandigora was tasked to coach the senior team, he called me to be his assistant. We assembled a good team which won the championship the following year. The next year we made headlines when we went all the way to the CAF Champions League semi finals.

“I’m saddened by his death, I have lost a friend, a brother and a mentor. The football family has lost a legend. He did a lot for both Dynamos and the national team. May his soul rest in peace.”

For Mupfurutsa, he started admiring Mandigora during his playing days before working with him when he was coaching.

” I started watching football at a tender age and it is Yogi’s type of play that made me love the game more. I have so much respect for him, he was so humble. When he was coaching and I was at Dynamos, I never heard of him having a misunderstanding with anyone.

“Yogi’s death is a big loss to football family especially Dynamos. His contribution both as a player and a coach can not be ignored. The history of Dynamos won’t be complete without mentioning Yogi. He won the championship with us and went on to to produce results at a continental stage.

” He did things we didn’t expect him to do. He produced results when things were not well in our boardroom. We have lost a warrior, may his soul rest in eternal peace.

Mandigora joined Dembare as an Under 16 player in 1973 and was playing for the senior team four years later. In 1980, he was a member of the first Zimbabwe national team and was crowned Soccer Star of the year in the same year. He enjoyed success as a coach at Dynamos, winning the local league title and taking the team to the semi finals of the biggest continental football tournament, CAF Champions League. 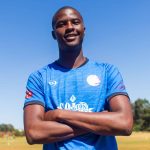 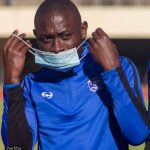 We can only hope : MaliseloUncategorized