Dynamos have added another youth development player Tanyaradzwa Jinja to the senior team.  The club submitted Jinja’s registration papers to the Premier Soccer League before the second transfer window closed on 31 July.

The 20-year old goalkeeper has been with the developmental side since 2013 and was part of the squad that won the Harare Junior League title in 2016.

He is grateful for the opportunity presented to him and is looking forward to a fruitful season.

“I am glad about this move. It has always been my wish to play for the senior team. I am happy I finally got the opportunity.

“I believe Dynamos gives a player the right stage to express himself and to get one’s efforts recognised since it is a big club,” an excited Jinja said.

Jinja had been training with since last year and is well aware of the competition in the goalkeeping department. First choice goalkeeper Taimon Mvula has conceded once in six games in the Chibuku Super Cup this year.

“I know there is stiff competition, but I will do my best and God will do the rest. I will work very hard because there are many good players at Dynamos and there will always be pressure from all angles, on the pitch and on the terraces when fans are allowed back in the stadiums. I am ready for that. In situations like these, one has to stand like a man.

“It’s going to be tough, but the fact that the club signed me means they appreciate what I am capable of.

Jinja draws his inspiration from former club goalkeeper George Chigova and hopes to do as well as he did when he gets a chance to play.

” As a player one just has to apply themselves when they get the chance to play. It’s then left to the coaches to decide whether to play one or not. I hope this will enable me to play for the national under 23s.”

Jinja will be motivated by how head coach Tonderai Ndiraya has utilised the youngest players in his squad this season. The club signed 17 year old Luke Musikiri, 18 year olds Antonio Bill and Hamilton Gomba. Bill has started in five of the six Chibuku Super Cup games, only missing the first match when his registration was pending. Musikiri is a regular in the matchday squad and came in as a substitute while Gomba is yet to play but has made matchday squad. 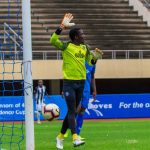 A match against Dynamos changed my life: MvulaUncategorized 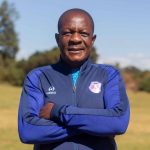