Having joined Dynamos’ developmental side at a young age in the early 1970’s, team manager Richard Chihoro never thought he would serve the club in different roles.

He is one of the longest serving members at Dembare,  as a player, coach and team manager.

During his playing days, Chihoro was promoted to the senior team in 1972 together with his late friend David ‘Yogi’ Mandigora. He competed for the same position with legendary George Shaya and is proud to have played with the likes of George Revai and his brother Alois, Enock Phakhamisa, Canaan Mupariwa and Kuda Muchemei.

It is during those days when he was named ‘Nyoka’. Unlike what the football circle links his nickname with, Chihoro says his nickname came from his dribbling skills not juju.

” I was named ‘Nyoka’ during my playing days because of my playing skills. I would say I was so slippery when I had the ball, hence the name. Today when people hear the name they think of juju which is not true.”

His highlight as a player was when he participated in the Southern Africa trophy. The trophy was played between Zimbabwe and South Africa’s champions. In that year, it was Dynamos against Orlando Pirates. Dynamos had lost 3-0 in South Africa and went on to win the return leg 5-0 at Rufaro Stadium in Harare to lift the trophy.

“I enjoyed playing against Jomo Cosmos owner Jomo Sono and Shakes Mashaba. What made that game outstanding is the result and the amazing support we received from the fans. It rained throughout the match but the fans never left the stands. Rufaro was fully packed and they watched the entire match on their feet. It showed me how passionate they were and how important the match was.”

When he retired as a player, Chihoro moved to coaching. He started coaching the developmental side together with the late David Mandigora, Kenneth Jere, Freddy Mukwesha and Elvis Chiweshe in 2005. In 2006, Mandigora invited him to be his assistant in the senior team technical team.

“I worked with my friend ‘Yogi’ in 2005 for the developmental side and we later worked together in 2006 for the senior team. My biggest moment as a coach is when we ended the ten year trophy drought by winning the 2007 Premier Soccer League title. We went on to participate in the CAF Champions league in 2008.

“We didn’t only succeed in the field, we nearly lost our lives on our way to Cameroon to fulfill our fixture. The plane lost control and it almost crushed, we were all smelling death but thank Heavens we survived. The pilot later managed to control the plane. We reached the semi finals of the competition where we lost to Cotton Sport of Cameroon 5-0 on aggregate, ” Chihoro recalls.

His favorite squad in all his time as a member of the technical team is class of  2008 which had players like Desmond Maringwa, Thomas Sweswe, Edward Sadomba, Murape Murape, Justice Majabvi and Lovemore Mapuya

“The team was good from all angles. After reaching the semi finals of the CAF Champions League, things didn’t go well and the technical team was fired. I then returned to the club in 2011 as a team manager, the position which I’m still at to date. As a team manager I’m proud to have won the Premier Soccer League title in four concecutive seasons under Calisto Pasuwa. I’m proud to be with Dynamos during the best and worst times. I’m looking forward to more success with the club.” 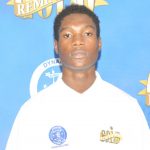 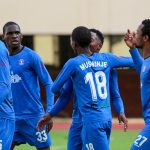