18-year old winger Bill Antonio is satisfied with his Chibuku Super Cup debut. Antonio started and played 69 minutes in the 4-0 win over Yadah at the National Sports Stadium.

” I’m so excited for this debut. What makes it so special is that I was part of the starting eleven.

“It’s a great honour to be tussling with some experienced players. Many thanks to coach Ndiraya for presenting me with such an opportunity. I would also like to thank my teammates who supported me throughout the last minute I was in the field.

” It feels good to play with experienced players like Godknows Murwira and Frank Makarati who have been motivating me in the field.”

Antonio was scheduled to start in the team’s first match against Herentals but outstanding registration issues left him ineligible to play.

”Everything happens for a purpose or reason. Indeed, I was shocked and disappointed because a debut for a player is a great honour whilst at a big club like Dynamos. Then I got an opportunity yesterday as God planned, ” he said.

The Prince Edward High School Upper Six student, who is the athletics captain was nervous at the start of the match.

” I had the pressure at first during warmup and the first minute. I wasn’t settled but through the God Almighty and the support from my teammates I managed to make an impact on the game.

“It’s a great honor again for a young boy like me not to just make a debut but where it happened. The fact that my debut was with Dynamos is a huge motivation to me.

Despite his excitement, he is aware of the pressure of being a youngster in a big team.

” I know I still have a lot to work on. The good part is that I’m in good hands, I know I will get there. My target is to do more for my club.”

Antonio was part of the Young Warriors squad that represented the nation at last year’s Under 20 COSAFA Cup. 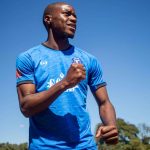 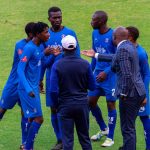 Ndiraya focused on the futureUncategorized