Dynamos signing Tymon Mvula says he is inspired to do well by past Dembare goalkeepers as local football nears a return.

Top goalkeepers have passed through the glamour boys in the past with Japhet Mparutsa, Peter Fanwell, Ernest Chirambadare, Gift Muzadzi, Washington Arubi, George Chigova and more recently Tatenda Mukuruva among keepers to play for Dembare.

The former Hwange goal minder who moved to the Harare giants in the off-season believes with the club having had top class keepers in the past, he is positive of also making a name for himself, ”I want to work hard for Dynamos, God willing I know that I have the chance to excel like other past goalkeepers. I do not have much to say in terms of goals but when you play football medals will always be at the back of your mind”, said Mvula.

Mvula emerged to be among the top goalkeepers in the premiership in 2019 following several top performances for Hwange. Mvula is expected to add competition to an already talented goalkeeping department but acknowledges the competition in the squad, ”Dynamos has depth this time around if you look at all departments and the goalkeeping department is no exception, one thing for sure is that if you want to play you will have to work very hard”.

Munyaradzi Diya and Simba Chinani are the other goalkeepers in the dembare squad. Chinani has attracted interest from abroad but no deal is yet to be concluded. 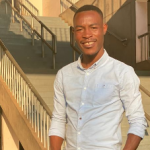